The Beatles (the White Album) Pt. 1 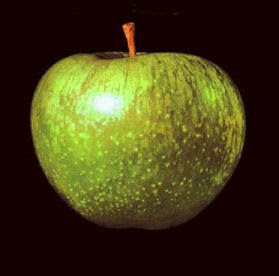 I recall when the “White Album” first was released on vinyl in 1968. It hit the stores on November 22nd, a date that lives in infamy in American history. It was a clear,cold early Winter morning and I decided I must get the record on opening day, so-to-speak. So I walked from my house to Florissant Records. I believe it was approximately a mile from my parents house and got my first copy of The Beatles, aka The White Album on vinyl. The recording was unique; the record label was very unique; the packaging was unique.

As mentioned in my Abbey Road review, I bought the first issue CDs when they came out in 1987. ‘And I loved them.’ Like Abbey Road, the new remastered White Album has an overall sound that is better than the first CDs. Unlike Abbey Road, there are certain songs that almost sound totally new on this CD set. And the packaging is superb, including the use of the B-side label on disc two and the more recognizable Granny Smith green apple on disc one’s label. That is still one of the coolest labels ever made. You would expect that from The Beatles.

I’m not going to spend time with each and every song. After all, there are 30 tracks on this two disc set; and even the not-so-good stuff sounds good on the remastered issue. What I will do is talk about some specific tracks that as stated above, almost sound totally new.

The White Album has more stuff going on behind the music than any other Beatles record, including Sgt. Pepper; well, the new CD set brings those little things to the front. This is another “listen with the headset on” CDs. And when you listen, listen to everything. ‘Don’t pass tracks by.’ 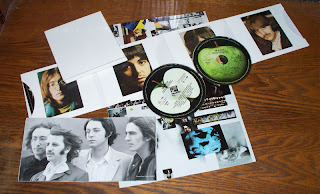 Side one starts with the plane landing in Russia on Paul’s Beach Boy inspired Back in the U.S.S.R. We hear it all loud and clear as a bell. The piano on the opener rings across the roar of the jet engine. Hand clapping, background vocals, enhanced bass guitar and the lead guitar blast across your ears like a rocket. Then track one fades out and John’s Dear Prudence fades in as it always has; but this time it’s clear, crisp and downright haunting. Listen to all the sounds and that guitar work and those backing vocals. Outstanding stuff. Glass Onion is next sounding like a reborn piece of art. Hear that flute on the last verse. And then it’s Polka time as Paul gives us the classic Ob-La-Di, Ob-La-Da; listen to that “banging on the piano,” and all the hand clapping and the voices in the background. “Swing your partner round and round” and sing, sing, sing along.

Now please don’t overlook a thing on these CDs, including Wild Honey Pie; you hear it in a refreshingly new way along with The Continuing Story of Bungalow Bill. I used to play that one at parties. “All the children sing.”

The next two songs continue with an underlying theme of haunting sounds that are peppered throughout this collection. At least I’ve always thought they were haunting tunes.

George Harrison’s While My Guitar Gently Weeps is a masterpiece of recording excellence; much thanks to Eric Clapton for that lead guitar that now pierces the ears over all the other instruments. The organ, the castanets, bass and drums blend with the harmonies. Then there’s John’s VERY haunting Happiness Is a Warm Gun that never sounded better then on this new collection. Listen to yet another ear piercing guitar lead after the first movement of the song. Tell me that’s not spooky sounding.

What was side two on vinyl is the second part of disc one. Martha My Dear, I’m So Tired, and Blackbird sound so good they must be heard to understand what I’m talking about.

The next two songs deserve a little more here. Piggies is another of those born again tracks I’ve been eluding to here. It sounds brand new here. The harpsichord chimes out and the acoustic guitar can be heard plain as day along with the strings and tambourine. I love the ending on this one. Sounds great; sounds better then great. Now on Rocky Racoon, it is my opinion that Paul’s A string on his acoustic guitar is slightly out of tune. But it still sounds clear along with the harmonica, honky-tonk piano, and everything else that’s heard on this one.

The next two songs continue with this little silliness going on. Ringo sings about his lady friend who lost her hair in Don’t Pass Me By and Paul asks the musical question Why Don’t We Do It In The Road? Well, why don’t we?

Disc one finishes with Paul’s tribute to Don and Phil Everly, I Will; and it sure sounds good on this new remastered set. Then it’s back to that haunting theme with Julia, an most underrated gem from John Lennon. 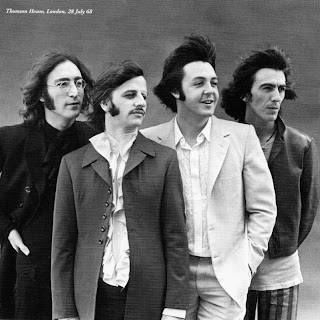 That’s it for disc one. Disc two is coming up in the next installment; so stay tuned right here.
Posted by Jeff Mazdra at 12:49 PM