Saving the Best for First PtI'' 1 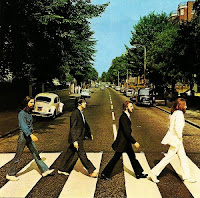 The Beatles remastered Abbey Road is great, from it’s packaging to the famous Apple label on the CD itself, to it’s sound; it’s great.

I knew when I bought the remastered Abbey Road that it was going to be the best of the bunch as for as overall sound quality. Well, I was correct.

The first thing I noticed is the enhancement of Paul’s bass throughout the album. It’s a lot better than the first CD reissue from back in 1987. I should point out I thought the original CD releases of the Beatles material was great; and I still think so, especially the mono issues which I will discuss later. That being said, the remasters are even better.

Come Together does just that; it comes together, from the opening salvo when John says “shout, to the drum roll, to the guitars, to John’s once-echo vocals and everything in between.
The guitars sound bright and ring through during the whole track. The sound of Ringo’s snare drum punches through and then the electric piano break comes through will brilliance. The lead guitar at the end of the song rings out over all the other instruments. What an opening number.

Then we get George Harrison’s masterpiece, Something, with the same overall sound as the opener but with the addition of the organ, symbols, and mellatron. Outstanding to say the least. The harmony is clear, the guitar solo sounds better than ever. Ringo’s drums ring over all the layered sounds. And as I said, that organ just sounds brilliant.

Maxwell’s Silver Hammer has always been one of my favorite Paul McCartney songs; I’m pleased with how it sounds on the new CD. The clanging anvil on the chorus, the mellatron again all throughout the song, the piano, and Paul’s vocals all ring out. Oh yeah, there’s that enhanced bass sound again. Great!

I should point out that Abbey Road utilizes a lot of panning instruments and vocals that sound even better through headphones. I remember when I was younger listening to this album, laying down on the floor, taking the stereo speakers and putting them on either side of my head, so I could hear all the neat recording techniques. Well, they really bellow out on the new CD.

Oh Darling is outstanding as well. I dig those background vocals, the constant guitar strum and Ringo’s drumming. Wowsers! All of it is crisp and clear like you’ve never heard it on the new disc.

Next we go under the sea with Ringo and Octopuses Garden with it’s great guitar intro and the panning underwater sounding vocals on the instrumental break. Put on your swim fins and you won’t be disappointed with this goodie.

Finishing up what was side one on the old record is I Want You (She’s So Heavy) which is the biggest surprise for me on this CD. I’d never been a major fan of John’s Rock & Blues ditty but this remastered gem has changed that. The crisp sound of the guitar, organ, bass and drums, underneath John’s screeching vocals really comes across on the new CD. I make special note of the organ and the instrumental interlude between verses. Sounds like I’m right there at Abbey Road with the boys. The song ends with it’s famous guitar riffs and the crescendo of sounds building up and coming to a sudden stop at the end, and I do mean sudden. You hear things you may not have heard before; sounds like a windstorm or something that keeps going until the end.