The Beatles (the White Album) Pt. 2 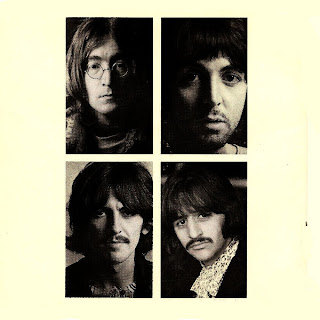 Some of the more dramatically different sounding tracks on this set are on disc two. We start with Birthday and Yer Blues. In both cases, the overall sound is brighter and fuller then the original 1987 CD release. Listen for those little things in the background that I’ve been talking about. The keyboards on Birthday are crisp. The guitars on Yer Blues are clean sounding. Paul’s Mother Natures Son continues with the more fuller sound theme. The horns in the background boom out over the acoustic guitar and the clear vocals.

Now we’re up to four tracks that stand out as much improved sounding songs. Everybody’s Got Something to Hide Except for Me and My Monkey has a lot going on; and I mean more than just an eleven word title. That cow bell rings lout like it never has in previous issues of the song. Put the headset on, and listen to the driving guitar reverberate across your brain. John gets two in a row with the haunting Sexy Sadie. I’ve always found this to be a unique sounding song; and you can hear it all now on this remastered gem. Once again, there’s that haunting guitar over a piano with echo on it. And, there’s that background vocal.
Helter Skelter surprised me. This has been one of my least favorite songs on this recording; but I have to admit, the newly remastered sound brings it to a new light. Long, Long, Long carries on with that haunting thing again. Just listen to that organ and the overblown vibrato. 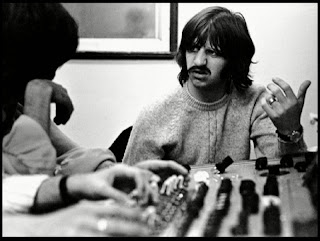 Revolution 1 was intended to be a single release off of the album. It was decided the song was too slow and that turned out to be a good thing for Beatles fans because they then recorded the version we got on that first Apple 45; however, the LP version sounds great. The horns in the background come out to the foreground. Then Paul gives us Honey Pie; this is a track that can go overlooked, but don’t overlook it when you get the new CDs. It’s reborn anew now.

I was tipped off about Savoy Truffle before I heard the new CD. On the disc, I find sounds I never dreamed were part of the original recording. It almost sounds like the horns in the background were rerecorded; but they were not. This song might be the most dramatic in sound improvement on this set. George wrote a fine tune; and now we really hear it.

The next two tracks are pretty much John Lennon. Cry Baby Cry sure sounds good. The now familiar echo on John’s voice rings out. I guess John owes a special debt to Les Paul for inventing that technique. Then John Lennon takes on another ‘magical mystery tour’ with Revolution 9. You might be tempted to pass over this 8 minute and 22 second experiment; well do yourself a favor and put the headphones on and give it a listen, at least once. You’ 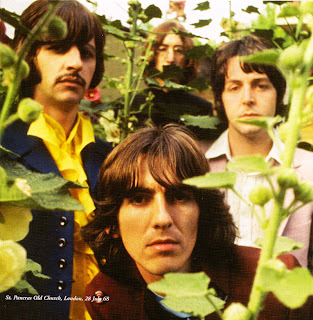 Disc two finishes up with Richard Starkey singing the vocals on the orchestral Good Night. Like most orchestral music on CD, this is a keeper when it comes to sound. The strings, the harp, the voices, we hear it all.

In conclusion, I was not disappointed with the White Album. I had planned to get a copy of this set, along with Abbey Road, when I heard they were going to do all this remastering. Oh, by the way, you do get a copy of the poster that was part of the original LP, although this one is smaller in size.

There is one other CD I had initially planned to get, and I’ll tell you about it next; so keep watching the blog.
Posted by Jeff Mazdra at 9:13 PM