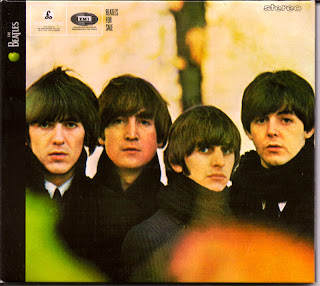 My look at the new Beatles remastered CDs continues with Beatles For Sale. In England, this was their 4th LP release. Here in America, the bulk of this album was better known as Beatles 65. For me, as lover of and a collector of Beatles music, this is the first decent sounding recording they did in stereo. You might know that the first 4 Beatles CDs originally released in 1987 were taken from the mono masters. This was a decision that I liked at the time they came out. When I learned of the new CDs, I decided the first one I would covet would be Beatles For Sale. Well, after listening to the disc, I think I was right on with that decision.

A one word description of this CD is “stunning.” However, I’m not one to limit myself to one word descriptions. Let’s just say this CD has the general characteristics of the other new remastered discs. The bass is enhanced, as is the overall charity of the recordings. The surprise, for me are the sounds I’d never heard in the first CD reissues. And, there are a few tracks that really stand out.

Here’s a brief track-by-track description. No Reply and I’m a Loser are awesome. There are little sounds I’d not heard before in both songs. The first of the tracks that make me say “WOW” is Baby’s In Black. On this gem you hear all sorts of different things, especially with the guitar playing, that just stand out making this song a must hear.

Rock and Roll Music does Chuck Berry proud. On one verse, one of the guitars disappears for some unknown reason and this is heard quite clear. Paul’s I’ll Follow The Sun has always sounded good, on vinyl and on CD. Well this version sounds even better to my ears.

Now we’re up to another one of those special tracks, John’s remake of Dr. Feelgood and the Interns Mr. Moonlight. The unique organ part is brought out in this remastered goodie. Plus you really hear John’s voice crack when he opens the song screeching “Mr. moonlight.” What a treat for the ear. 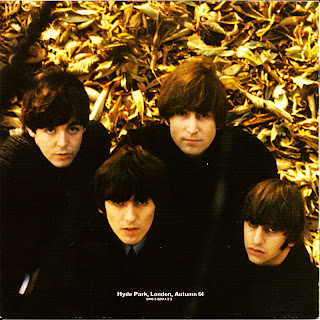 Then comes another of the gems on this CD, Eight Days a Week. I was actually tipped off to listen for this one with a write-up I’d read on the Internet. It’s much fuller then the 45, LP version, or the version on the first Beatles For Sale CD from 1987. Everything in this song from the hand clapping to the harmony stand out crisp and clear.

The next two songs are Buddy Holly’s Words of Love and Carl Perkin’s Honey Don’t. Both are remakes of the originals and both continue with this bright, full sound on the new disc.

Every Little Thing is another of those songs that really stick out as nothing short of outstanding on this new recording. You hear the instruments in a new way, especially the timpani Ringo plays. It adds it’s booming sound to the enhancement on this disc.

I Don’t Want to Spoil the Party is another delight and a surprise. This is one of those Beatles songs I’ve sort of dismissed, or passed by in the past. The new remastered version makes it hard to pass over now. All the clear sounding guitar work and the always great John and Paul harmonies are great.

Paul’s What You’re Doing is next and like the rest of this outstanding work, it sounds great. You hear the piano work, and all the rest of the instruments as clear as a bell. It’s like you’re there when they recorded the song.

Finally, George rocks out with another Carl Perkins remake, Everybody’s Trying to Be My Baby. You hear the little things in the guitar work that make this a rockabilly delight.

Overall, this is another gem of a disc to listen to over and over and over again. Like the other discs I’ve talked about, the packaging, pictures and video for the computer, are great. A final thought on these CDs is I told myself I was just going to get Abbey Road, the White Album, and Beatles For Sale for the moment. Well, after hearing all three of these disc sets, I find I will buy others. Sgt. Pepper will probably be next for me.
Posted by Jeff Mazdra at 3:10 PM