The Greatest Record of Them All

Let’s get one thing off my chest right off the bat.

After over 50+ years of listening to all this great Rock & Roll music, I have come to one conclusion about the greatest record ever made. This is the song that surpasses others. To this day, I get goose bumps when I hear it on the radio or when it comes up on my media player.

It was a day in May 1958 when I first heard “I Wonder Why” by Dion and the Belmonts on American Bandstand. There they were, sporting white shoes and belting this tune out that had me mesmerized. As time went by, my older brother and I would sing the song; just imagine two kids trying to do a song with four parts. Well maybe you shouldn’t imagine it. We got a copy of the old gray Laurie single with that black lettering. Man we must have worn it out. As years past, I foolishly traded the 45 away for what song, I can’t remember. 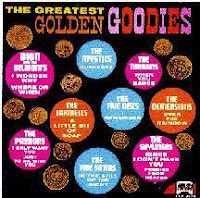 In 1971 a acquired the song on a Laurie oldies album, which is an interesting story in itself that I will save for later. Since that time, I must have obtained “I Wonder Why” a countless number of times on LP, 45, and on various CDs. I even eagerly awaited the release of a STEREO version of the song, but came away a bit disappointed; again another story for another time.

Last year, I purchased the 45 of "I Wonder Why" on the original gray and black Laurie records label off of E-Bay for $15.00. I mean after all, it was the 50th anniversary of the release of the greatest record ever made; I thought I might as well own a copy of Laurie 45 #3013 on the original label. 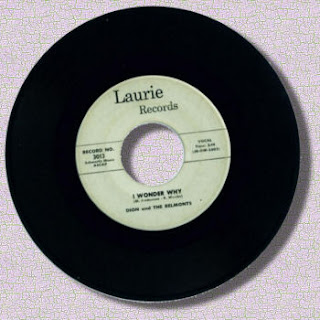 Labels: "I Wonder Why", 1958, American Bandstand, Dion and the Belmonts, DooWop, E-Bay