Part Two, The Heart of the Collection, Dion and The Del-Satins: 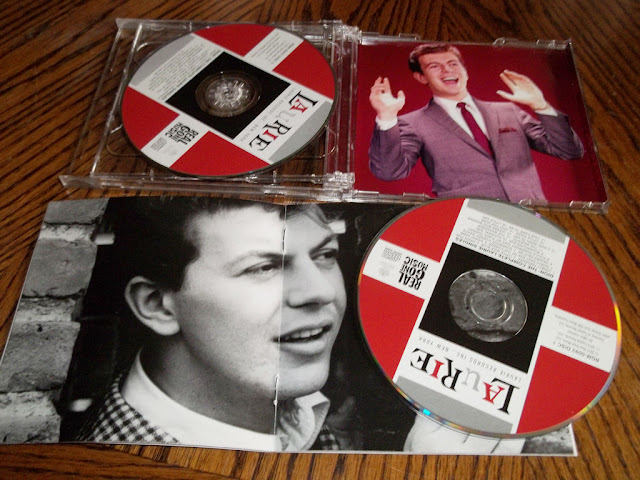 It’s these familiar songs that make this collection shine bright. In all cases, you can clearly hear Dion’s legendary vocals backed in excellent fashion by The Del-Satins. This is different from the STEREO issues of these sides. As with many recordings from the 60’s, the backing vocals on the STEREO versions do not stand out like they do on the MONO recordings. They stand out very well on this collection. And once again, the sound is crisp, clear, warm, and full. The STEREO versions sound good but there’s a bit too much high ends on the mix. Even my wife noticed.

Dion’s only Number One chart hit, “Runaround Sue,” sounds OUTSTANDING, as does the B-side, “Runaway Girl.” Back in 1986, when I got my first Dion CD, “Dion Hits” from Ace Records, I recall being impressed with all the little things I was hearing on the CD. Well, I still hear them on this collection, there’s just a better blend in the sound. I even hear the drummer hit one of his drumsticks with the other stick after verse one on “Runaround Sue;” that’s something digital technology turned me on to way back in ’86. Plus every “Hape-hape-um-be-doudi-doudi” sung by The Del-Satins, blends right in with Dion’s classic vocals. 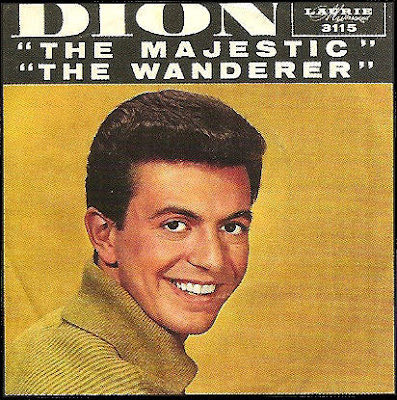 Next we have “The Wanderer,” another one of Dion’s signature songs. It booms out over the speakers in glorious MONO, as does the B-side, “The Majestic,” a song penned by Brenda Lee Jones and Welton Young, who had some hits of their own recording as Dean and Jean for Laurie. I’d like to hear those goodies mixed like these recordings are on this set. “The Wanderer” peaked at #2 and “The Majestic” topped off at #36 on the Hot 100 in early 1962. 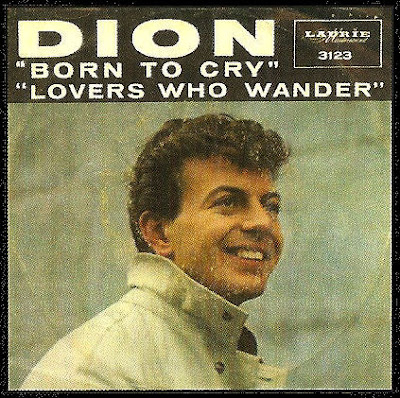 The next tracks also both hit the Hot 100. “(I Was) Born to Cry,” #42 and “Lovers Who Wander,” #3, were issued toward the Spring of 1962.  These two songs both continue with that same warm, full sound that permeates this collection. I’m not going to debate which one of these songs was supposed to be the A-side. I like them both, but “Lovers Who Wander” did chart higher.

In the late Summer of ’62, Laurie issued “Little Diane;” #8 on the charts, this song featured a kazoo instead of a saxophone, throughout the recording. It comes through loud and clear on this CD. Dion himself added the kazoo to the recording. Flip this gem over and you get “Lost for Sure,” a song Dion penned with Susan Butterfield, now his wife for many years. On this MONO version, you hear the acoustic guitar in the background, the subtle lead electric guitar, the sax, bass and drums all woven together with the GREAT backing vocals of The Del-Satins. I always liked the guitar chords on this one.

The last A-side on Disc One is a personal favorite of mine, “Love Came to Me.” This mid tempo gem kicks from the opening notes, “Shat-dube-dutin-doot-doot-di-doot,” by The Del-Satins all the way to the fade out. Dion’s voice, guitar, those great backing vocals, the bass, drums and the piano form a warm blend on yet another classic recording from Mr. DiMucci. Why this song only topped off at #10 in the Fall of 1962, is something I’ll never understand. Part of the issue could have been Dion’s up coming move to Columbia Records. Maybe Laurie just didn’t push this record enough. Well, I’m pushing it here. Oh, by the way, the flip side, “Little Girl,” sounds just fine as well. This one always reminded me of “No One Knows,” Dion & the Belmonts second single on Laurie. 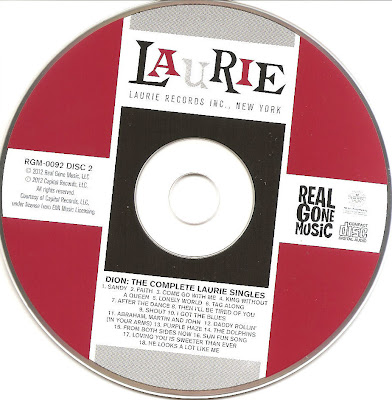 This brings us to the end of Disc One. Next we’ll take a look at the first part of Disc Two.
Posted by Jeff Mazdra at 4:06 PM