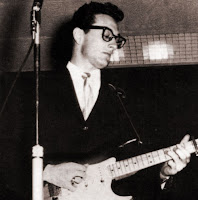 I remember hearing the news of the plane crash that took The Big Bopper, Richie Valens, and Buddy Holly from us. I was nine years old and listening to Rock & Roll on a daily basis. We had “Chantilly Lace” by the Big Bopper and “Come On Let’s Go” by Richie Valens on 45’s. However, we had no records by Buddy Holly & the Crickets in our modest collection. Come to think of it, I would not get any Buddy Holly songs in my collection until the early 70’s when I bought the Decca release, “Buddy Holly, A Rock & Roll Collection.” At the time of the accident, I had no idea that Dion & the Belmonts were even on the tour. It could have been mentioned on some newscast, but I don’t recall it.

I wouldn’t become aware of just how significant of a contribution Buddy Holly would leave on American popular music until the British Invasion. I knew most of his hits; but it didn’t occur to me that Holly was as important to the history Rock & Roll as he would turn out to be. I had no idea how good Richie Valens was either, not to mention the talent of one Jiles Perry “J.P.” Richardson aka The Big Bopper. All of this would chan 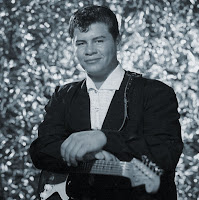 ge as I grew older and wiser.
Don McLean would call February 3rd, 1959, “the day the music died.” I’m not going to dispute that here. In fact, I just might add to the mystique of this fateful day when these three stars fell from the sky outside of Mason City Iowa. I will say this, Charles Hardin Holley, may be the most underrated Rock & Roll performer of all time. Buddy Holly had talent. Buddy Holly could play the guitar and he could write songs and better yet, he was starting to become quite a producer. I often wonder what the Rock & Roll music scene would look like today had Holly not lost his life that night. Just how far would he have gone in the business. I wonder if the events following his death would have happened in the way they did, especially the British invasion. Many British acts, including The Beatles, Herman’s Hermits, and The Rolling Stones were heavily influenced by Buddy’s music. 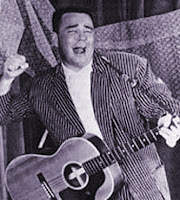 So I guess I could go on and on about the great loss on February 3rd, 1959. Sufficient to say, the music world lost a potential rising star in Valens, a fine entertainer in the Big Bopper, and a major Rock & Roller in Buddy Holly. Let their music live on, and on, and on.
I envite you all to check out The Mystery Train Wreck; there's a link in the blogs I follow section to the right of this page. Ed has assembled some nice videos of these stars.
Way to go Chief!
Posted by Jeff Mazdra at 6:41 PM

Labels: Buddy Holly, Dion and the Belmonts, Rock and Roll, The 50's, The Beatles